No matter who you cast your eyes upon, you will see an amazing, fully loaded with supreme intelligence, human being!

Dear readers, the intelligence I am referring to is our body’s intelligence, specifically our survival instinct.  Our bodies will always tell us what to do, using simple commands to keep us alive.  Yet, there are times, due to our propensity to seek answers externally, that we won’t listen.

Survival situations come without warning.  You will not find them predicted in your daily horoscope.  The day will begin like any other day.  You may be on your way to work, like the thousands of people who went to work at the Wold Trade Center on September 11, 2001.  You may be on a Mediterranean cruise and within two hours after leaving port find yourself in a survival situation like the 4200 passengers aboard the Costa Concordia cruise ship January 13, 2012.  I too was going about my life.  I had just moved into an apartment in Paris and subsequently found myself in a survival situation.

August 1, 2003 was my moving day!  I was moving from temporary tourist accommodations to a proper Paris apartment.  My friend, Kate, came over to help me.  I met her outside and she was beaming as she said, “Isn’t it a gorgeous day?”  I saw that the sky was a brilliant blue and there was not a cloud present, but I said, “No! It is too hot!”  What I did not know, what no one knew was that was day one of what was to be a fifteen day heatwave.

I can imagine what my friends in Texas are thinking, “Well, we have a heatwave here every year and we call it summer!”  Here is the difference:  A hot, dry air mass from the African Sahara anchored on top of Western Europe.  I believe the epicenter was Paris.  As if that was not bad enough, it was like an oppressive hand came over us and held all the dry, hot air in place and refused to let any cool, moist air from the Atlantic in.  In Texas we have air conditioning.  In Paris, not even the hospitals had air conditioning.  In Texas we have front yards, back yards, trees and open spaces and that helps dissipate heat.  In Paris there is asphalt, concrete and stone that absorbs the heat and radiates it out during the night and produces what scientist call a heat island.

There, in my Paris apartment, that got full direct facing sun all day, my body gave it’s first simple command, “Get naked!”  I had already seen the French man who lived across from me standing in front of his window naked and I thought, “Eek! Pervert!”  I was not about to expose myself so instead I turned on the TV to see what CNN and BBC were saying about the heat.

I have since come to realize that the news is not there to help people try and survive a survival situation.  The news is there for those who are watching people trying to survive a survival situation.  The CNN and BBC had nothing of use to say about the heat.  The heat was treated as a human interest story accompanied by images of tourists playing in the fountain at Trafalgar Square. 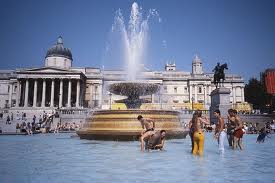 In a survival situation you will be given false, inadequate, or no information!  Rick Rescorla knew this.  He was the security director of Morgan Stanley that occupied twenty stories in the World Trade Center South Tower.  In the years preceding 9/11 Mr. Rescorla trained and drilled the Morgan Stanley employees on how to evacuate.  One of the directives he gave them was in case of a real emergency, do not listen to the Port Authority, do not listen to the voice coming out of the loud speaker, just get out!  Mr. Rescorla saved their lives because what was coming through the loud speaker that day were messages saying the building was secure and people should go back to their offices.

The cruise ship Costa Concordia traveled too close to land, hit rocks and the ship began to capsize.  Captain Schittino and his crew told the passengers and the Italian Coast Guard that there was not a problem on board the ship, only a minor electrical issue.  Over the loud speaker the passengers were instructed to go to their cabins.  But many of the passengers listened to their bodies, got on their life vests and headed to the life boats.  In a survival situation delay can mean death! 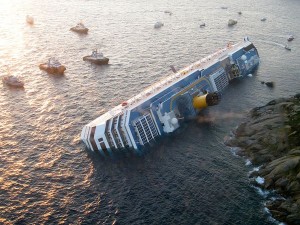 Captain Schittino waited 68 minutes, once the ship began to sink, before he finally gave an abandon ship order.  By then it was too late to get everyone off the ship safely and people died who would of otherwise survived.  On September 11th once the North Tower was struck people in the South Tower had no time to delay!  They only had 16 minutes to make it to the safety zone of the 74th floor or below.  1400 people fled and survived, 600 people did not.

During the Paris heatwave of 2003 it was not until the 8th day that a health warning finally went out and it was only directed to people who were doing activities outside.  There, in my Paris apartment, I noticed my feet were cracking and my hands were pruning.  The death air was stealthily leeching the moisture out of my body, my life force!  It was then that I decided to become a pervert!  I got naked and stayed naked.  I survived the heat wave by jumping in and out of the shower every 15-20 minutes and letting my fan blow me dry.  Four days later on August 12th the mortality rate was 620%.  The death toll would reach 14,800 in France. 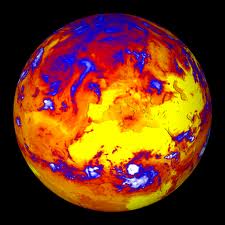 The New York Port Authority, CNN, the captain of a ship!  All compelling sources of information that got it wrong.  The body that commanded, “Flee this building”, “Abandon ship!”, “Get naked!” had it right!

My dear reader, I hope you are never in a survival situation, but if you are take heart!  Your body will always tell you what to do, using simple commands, to keep you alive!

No matter who you cast your eyes upon, you will see an amazing, fully loaded with supreme intelligence, human being! Dear readers, the intelligence I am referring to is our body’s intelligence, specifically our survival instinct.  Our bodies will always … Continue reading →