Posted on September 6, 2011 by Valerie Alexander

For there is nothing either good or bad, but thinking makes it so. -Shakespeare

Are your thoughts your friends, and an issue of equal importance, are they even true?  Think about this, if you had a friend incessantly babbling to you all day would you hang on every word and not question the truth of one statement?  Yet our thoughts hang on us and how often do we stop and question if they are even true?  If your answer is never you are not alone.  Most of us live unconsciously, only occasionally experiencing lucidity and asking ourselves what is really going on.

There are times when I am looking at a person’s energy in a reading and I see it is scattered.  Scattered energy moves in different and opposing directions.  In my opinion scattered energy is the result of subconscious beliefs and unconscious fears and doubts that we do not address consciously.  It is common to ignore what gets triggered within us and  react to the person doing the triggering.  The path of evolution and happiness is to break the pattern of reacting to people and situations that trigger us and instead become aware of what gets triggered.

The thoughts we are having can serve as a BS Alert.  For example, if a person has an unconscious fear of abandonment and a belief that they are not worthy of love then these things will no doubt come up in a relationship.  When a fear or negative belief gets triggered our awareness is flooded with thoughts that support the fear or negative belief.  Thus it is important to be awake and on BS patrol!

Rosie had been single for some time and she had every hope and expectation that the next man that came into her life would be the one to build a beautiful relationship with her.  One day while out walking her dogs Rosie met Anthony.  Anthony was tall, dark and handsome, plus talked with an accent that Rosie found very appealing.  The first two weeks went great as Anthony was very attentive, gave gifts and was overall quite charming, but then Anthony did a pull back.  In some ways Anthony was not behaving as Rosie wanted him to behave and because he was not doing what she felt he should be doing her negative beliefs about herself got triggered.

Rather than look at what got triggered Rosie turned against Anthony and her inner dialogue was all about Anthony being public enemy number one.  Rosie’s thoughts were telling her that Anthony did not care about her.  Her thoughts tortured her, yet she blamed Anthony for her pain.  She then impulsively told him she did not want to see him anymore.  At the time ending the relationship was the only solution Rosie had to end her pain, after all her pain was caused by Anthony right?  Wrong. 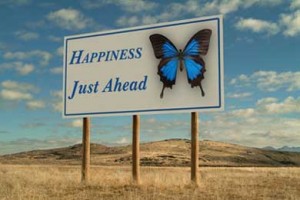 BS Prevention (or if BS has already flowed) BS Clean UP:

The prospect of cleaning up BS or trying to stop the flow in the first place may seem daunting, but take heart it is really simple and painless.  There are many great teachers that have sounded the alarm concerning the disastrous consequences of taking our thoughts seriously.  One of my favorite techniques is simple and delivers immediate results.  The technique is by Byron Katie and she calls the process that takes a person from pain to freedom, The Work.  The Work begins by asking four simple questions concerning a painful thought.

2.  Can you absolutely know for certain that it is true?

3.  How do you react, what happens when you believe that thought?

4.  Who would you be without the thought?

Applying these questions to Rosie’s situation she first broke down her chief complaint to one predominant thought, “Anthony does not care about me.”  Is it true?  Rosie admitted she really did not know how Anthony felt nor could she be absolutely certain he did not care.  In fact there were numerous occasions that he showed her he was thinking about her and missed her when they were apart.  When Rosie believed her thoughts that Anthony did not care it made her pull away, become hurt and act cold towards him.  The thoughts caused her to react and act as if she did not care about him.  I could see the light bulb go on for Rosie when she shared that she would feel happy and free if she did not have thoughts that Anthony did not care about her.

Viola!  The spell was broken, the BS cleaned up!  Next comes what Byron Katie calls the turnaround.  The turnaround provides an opportunity to experience the opposite of what you were previously believing.

Anthony did show me he cared about me when he called me and said good night.

Anthony always greets me with a hug and a kiss and that makes me feel cared for.

Anthony knows my dogs are important to me and he has a great relationship with them.

After doing The Work one can feel instant freedom from the mind trap.  People also feel compassion for themselves and for those they have been judging harshly.

If you would like a scan of your energy feel free to book a session or email me to inquire.  It is my pleasure to assist in opening doors, expanding perceptions and triggering happiness. 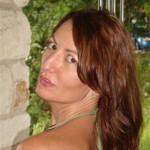 For there is nothing either good or bad, but thinking makes it so. -Shakespeare Are your thoughts your friends, and an issue of equal importance, are they even true?  Think about this, if you had a friend incessantly babbling to … Continue reading →